The Pakistan Education Statistics 2015-16 released on Wednesday states that there are an estimated 51.2m children between the ages of 5-16. Around 28.5m of these children study in schools while 22.6m are out of school. “However, the dropout rate is a serious concern [while] enrollment remains the major challenge,” it says. 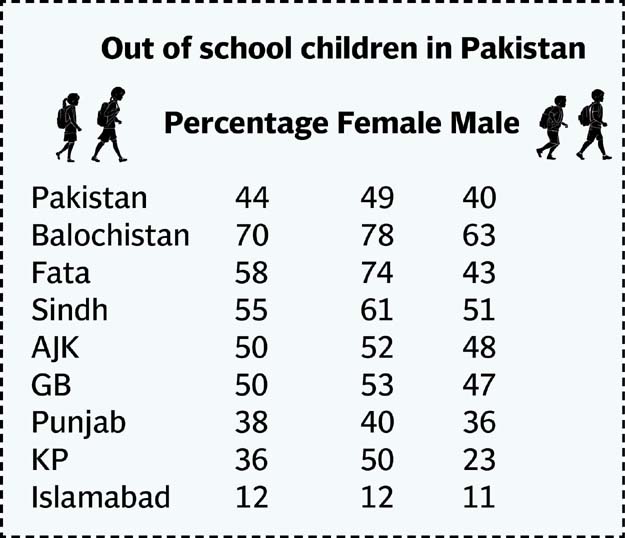 The out of school (OOS) percentage seems to increase with age.  The issue of retention is still a matter of concern as only 30% of the children enrolled in class 1 reach class 10 while the rest of them drop out.

Despite some improvements in government schools with regard to facilities, a lot still needs to be done as 43% buildings are in an unsatisfactory condition while 40% of primary and secondary schools have no electricity connection. Some 29% schools have no drinking water while 28% have no toilets.