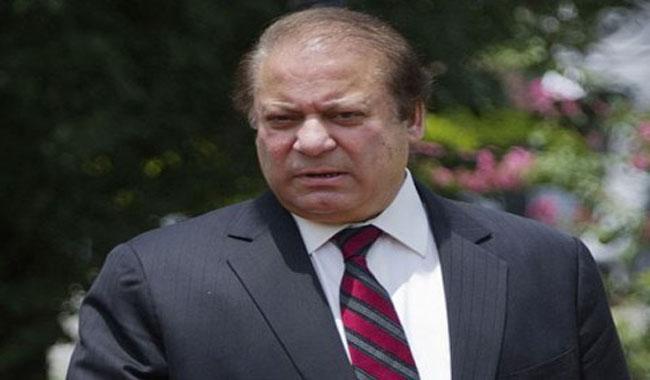 Doctors at the Harley Street Clinic (UK) are satisfied with the speedy recovery of Prime Minister Nawaz Sharif and it is expected that he would be allowed to return to Pakistan after another medical check-up next week.

During his visit to the hospital the doctors expressed satisfaction over his speedy recovery after some medical check-ups and told him they would conduct another medical exam, which may be the final after seven days.

It is expected that they would allow him to travel to Pakistan after the medical check-up next week.

The prime minister was admitted to a Harley Street Clinic for an open heart surgery on May 28. Later, he was discharged from the hospital but had been advised to visit the facility regularly for check-ups.

Dr David Lawrence and his team checked Nawaz thoroughly and reviewed his progress. Sources at the hospital confirmed that Dr Lawrence was happy with his recovery.

However, hospital sources said Dr Lawrence stopped short of giving the prime minister a date by which he would be allowed to travel again.

The Harley Street Clinic team was satisfied that the prime minister had followed the doctor’s medical advice by taking prescriptions on time and walking regularly as recommended.

Sources close to the prime minister said he was constantly in touch with his cabinet members to oversee the state affairs. He was getting daily briefings from the cabinet members and aides over phone and through video conferences, they added.

Meanwhile, Information Minister Pervaiz Rashid and Special Assistant to the Prime Minister on Foreign Affairs Tariq Fatemi also called on Nawaz and inquired about his health. They briefed him on matters concerning the political situation in the country.