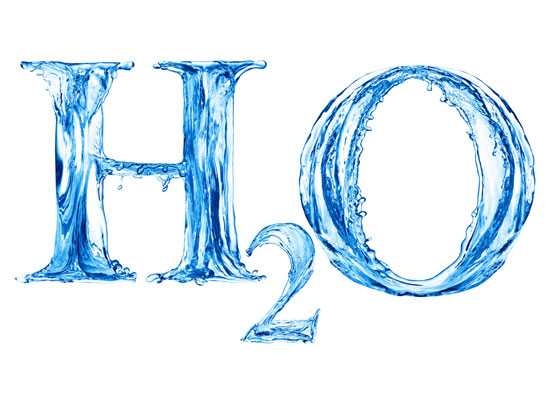 Water pollution, discharge of effluents and unsafe drinking water are factors among others that pose a threat to human well being and Pakistan’s ecosystem. While some do not have water to drink, others waste it in vast quantities. Witness the women carrying water on their heads for miles in the scorching heat on one hand, and crops under flood irrigation and the cars of the rich being hosed down in the cities, on the other.

An arid country, Pakistan depends heavily on annual glacier melts and monsoon rains. Water from these sources flows down the rivers and out to the sea. En route, there are seepages into the ground, where water-bearing rocks or aquifers absorb and store this water. Most parts of the country receive scant rainfall and have little or no access to surface water. Pakistan Water Partnership (PWP) states that in Pakistan the total available surface water is about 153 million acre feet (MAF) and the total ground water reserves are approximately 24 MAF, of which a substantial part has been mined without allowing for natural recharge. Currently estimated at 160 million, the population of Pakistan is set to double in 2.5 decades. This means that the per capita availability of water will decrease. There is likely to be a net decrease, rather than an increase in the country’s water resources, due to a number of factors including population growth, climate change, and exploitation of water.

By international standards, Pakistan was already a water-scarce country in 1992 at 1700m3 available per capita, according to UNFPA/Ministry of Population Welfare. By 2003, Pakistan’s per capita availability of water declined to the extent that it was categorized as a water-stress country by the World Bank, surpassing Ethiopia and on par with African countries such as Libya and Algeria. Pakistan is now a water-scarce country at 1200 m3 per capita per year.

According to water specialist Simi Kamal, based on current projections, water availability (per capita) will be 855m3 by the year 2020. We have already used up everything that exists in our water cycle and we do not have additional sources of water to mobilize. When we say we are putting up another dam or reservoir, it doesn’t necessarily mean there will be additional water coming in; we are just re-appropriating what’s already in the system.

Our water resource base continues to be degraded because of pollution, atrophy, veruse of surface water and over-exploitation of groundwater. Large tracts of land have been rendered uncultivable due to water logging and salinity, direct results of mismanaged irrigation. Unsafe drinking water is responsible for numerous diseases including dysentery, diarrhea, typhoid, cholera, malaria and gastroenteritis. UNICEF estimates that 200,000 children in Pakistan die annually due to diarrhoeal diseases alone.

The Indus delta has been reduced to one partially active creek and there is no water flowing downstream of the Kotri Barrage for almost the entire year. Our mangrove forests, previously some of the largest in the world, have been reduced from 0.6 million acres to 0.25 million acres, said Simi Kamal and Jairath at the Asia Pacific Regional Consultation in Dhaka. The mix of sweet and sea water maintains a very critical balance in the coastlines. If that balance is destroyed, then the entire water system is affected and will, over time, be felt right up to the watersheds. Pakistan is dependent on a single river system and we cannot afford to take any more chances with the water/sediment/salt balance of the Indus Basin.

The Irrigation System of Pakistan

Pakistan has the largest contiguous irrigation system in the world. However, owing to the poor state of infrastructure, about two-thirds is lost due to poor transmission and seepage. This means that about 68 MAF is potentially usable water if the canal system is adequately repaired and maintained. Of the total sweet water availability of approximately 144 MAF, 97 percent is already used in agriculture. We have a situation where instead of improving farming methods to conserve water and increase productivity, agricultural landowners demand more water, only to maintain some of the lowest productivity rates in the world per unit of water and per unit of land.

All debates on water conservation, however, are cuffed by the constant refrain on dams and water sharing among provinces. Safeguards are needed.

The seeds of conflict on water in Pakistan, therefore, are sowed by nothing more than hydrology and this needs to be recognized. We cannot solve a very complex geographical, hydrological, economic and environmental problem through politicking. The discussion on water distribution, therefore, should be in relation to uses and users, not among political or administrative units. This means, a discussion in terms of head, middle and tail farmlands in irrigated areas; and in terms of water for survival, subsistence and pastoral livelihoods in non-irrigated areas. Rainfed and arid areas should also be a part of the debate on water equity and water use. In addition, uses of water other than agriculture – for domestic use, for industry, for urban areas, and for the environment – should all be incorporated for a robust water policy for Pakistan.

There is a need to recognize that just because certain water-related practices have gone on for centuries does not mean that they are allowed to continue in the face of a world in turmoil. We need to change the way we think about water, the way we use water and the way we dispose off wastewater.

A Collective Approach is Needed Individuals and corporate citizens must engage with decision-makers across the board regarding rational and responsible use of water. Industries, agricultural industries and corporations must move to pollution control, micro-irrigation, recycling and reuse of water on bigger scales. Once these can be demonstrated, only then can the gigantic problems of wastage through the irrigation system and through leakages in municipal water supply be taken up.
Our first hurdle is the unfortunate habit of laying everything at the door of “the government”. But what is this government? At the level of the home, you and I are the government; and at the level of a company or private enterprise, the heads are the government. The political process itself should hence be the will of the citizens. In the end, it is the amalgamation of policies, regulations, guidelines and actions that will help us solve water problems, which are likely to get more complicated due to climate change and environmental instability.