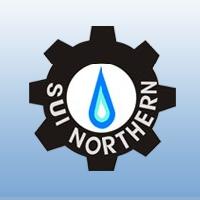 Sui Northern Gas Pipelines Limited (SNGPL) on Tuesday reported a net loss of Rs3.96 billion for the year ended June 30, 2014 due to decline in sales revenue and other income, analysts said.

The utility company has announced its financial numbers after a gap of three years.

Significant gains on gas development surcharge, however, helped the utility firm to cut its losses by 53 percent from Rs9.74 billion in 2013, SNGPL said in a bourse filing.

The firm reported additional revenue of Rs14.52 billion on account of gas development surcharge in the year under review. In 2013, the company reported an outflow of Rs18.40 billion on the same head.

A significant decline in other income by 37 percent to Rs9.75 billion from Rs15.54 billion gave a major hit to the bottom line, an analyst said.